What do you call a turtle who picks up photography? A snapping turtle!

The Common Snapping Turtle (Chelydra serpentina) is the largest turtle in Ohio. The average "snapper" weighs over 35 pounds, with a carapace (upper shell) of at least 14 inches when full grown. The average lifespan of wild snapping turtles is around 30 years. The world record of this species weighs in at nearly 90 pounds! 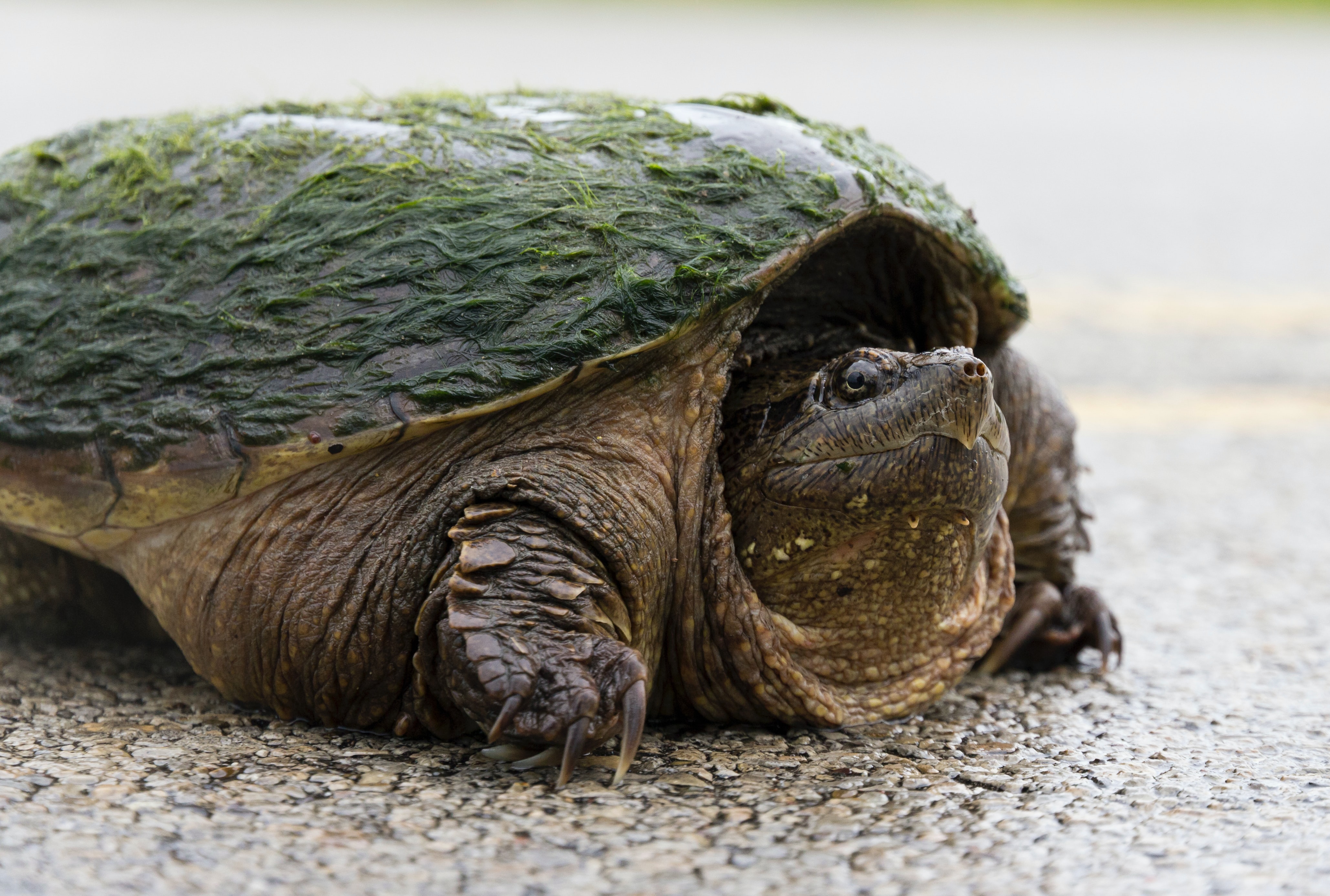 You may see snapping turtles out and about more frequently during this time of year. During late spring and summer, female snapping turtles leave their aquatic habitats in search for the perfect spot on land to lay their eggs. They can travel many miles before settling on the spot they want! If you find them on your property, keep pets away and leave them be if possible. They will be on their way shortly.

Although typically bolder than their other turtle relatives, these turtles are only aggressive (we prefer the term defensive) as a defense mechanism when they feel threatened. Their strong jaws help to protect them, as well as help them to capture their prey. Omnivorous creatures, snapping turtles eat a wide variety of prey and aquatic vegetation. They are known to capture prey such as frogs, fish, invertebrates, small mammals, and even birds. Anything that can fit into its mouth is fair game to a snapping turtle! 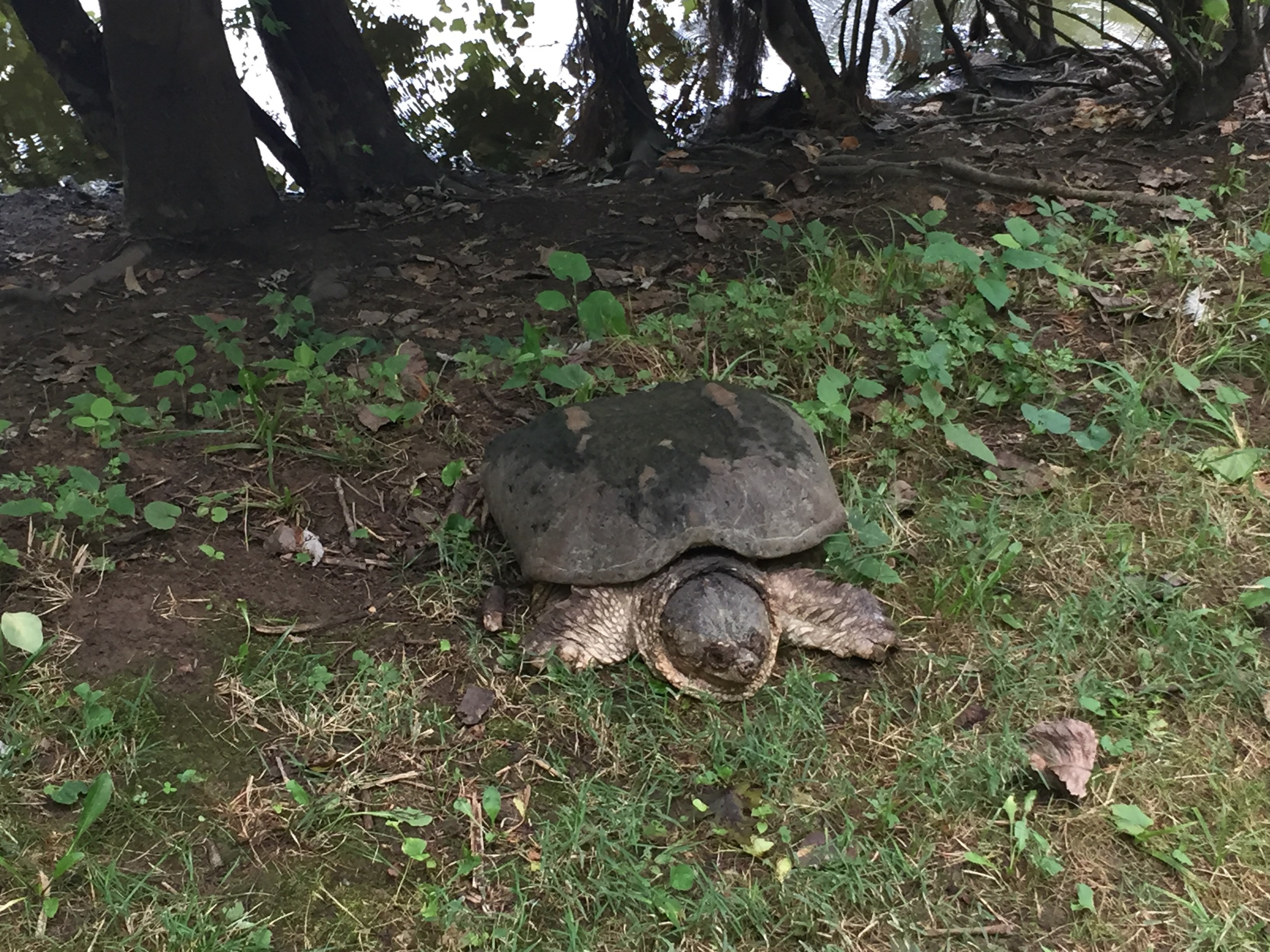 Common snapping turtles can be found in virtually all of the MetroParks. Check out the baby snapper in the photo below. It was found at a Creeking in the Parks program at Elk Creek MetroPark! As cute as this one is, please remember that just like other wildlife found in the parks, snapping turtle's natural home is outside in the wild. If you get the chance to see one, take a pic to remember it and then leave it in the park for others to see just like we did. 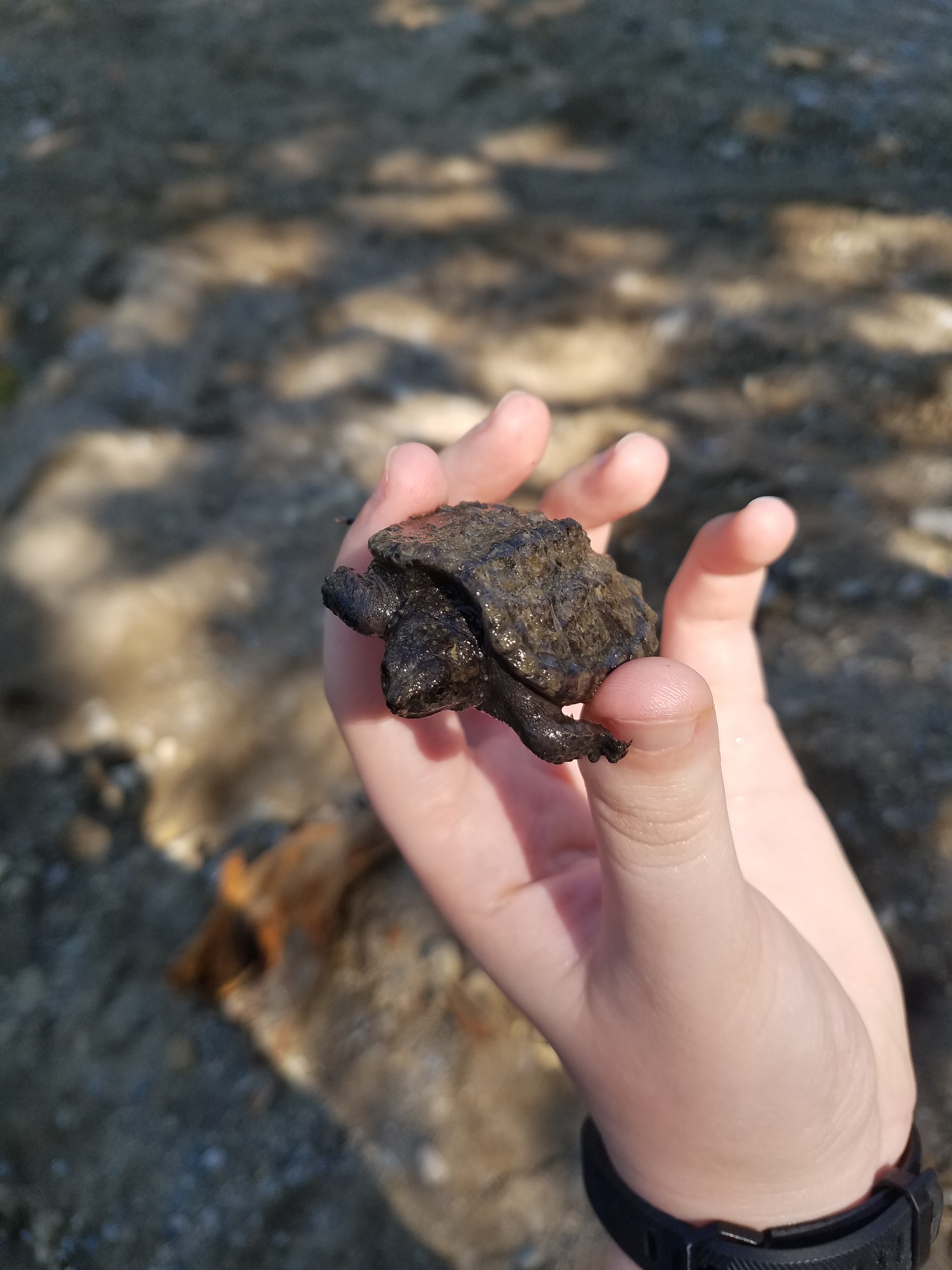 Have you ever seen a snapping turtle in a MetroPark? If so, where?