With so many birding hikes taking place this week, let’s highlight one of our common warblers that can often be found in the MetroParks! The Yellow Warbler is an abundant spring and summertime visitor, but will leave Ohio by August. But where do they go? These bright birds are long distance migrants, and spend their winters in Central and South American countries, such as Mexico, Guatemala, Panama, and Colombia, among others.

In Ohio, they’ll spend their time nesting and taking care of their young, which leave the nest only 9-12 days after they hatch. They are mainly insectivores, taking insects from foliage or straight out of the air. Prey might include caterpillars, beetles, mosquitos, and even spiders and wasps.

Yellow Warblers and their nests are often the victims of brood parasitism by Brown-headed Cowbirds. Brown-headed Cowbirds do not raise their own young, but instead will lay their eggs in the nests of other bird species for those adults to raise and care for. This can take away from the time and care given to the Yellow Warbler’s own young. However, Yellow Warblers have found a way to combat this. When a cowbird lays an egg in the warbler’s nest, the adult warbler will cover those eggs by adding another layer of nesting material, preventing the incubation of the eggs. They will then lay more eggs over this new layer and will raise this new brood, which does not contain a Brown-headed Cowbird egg. 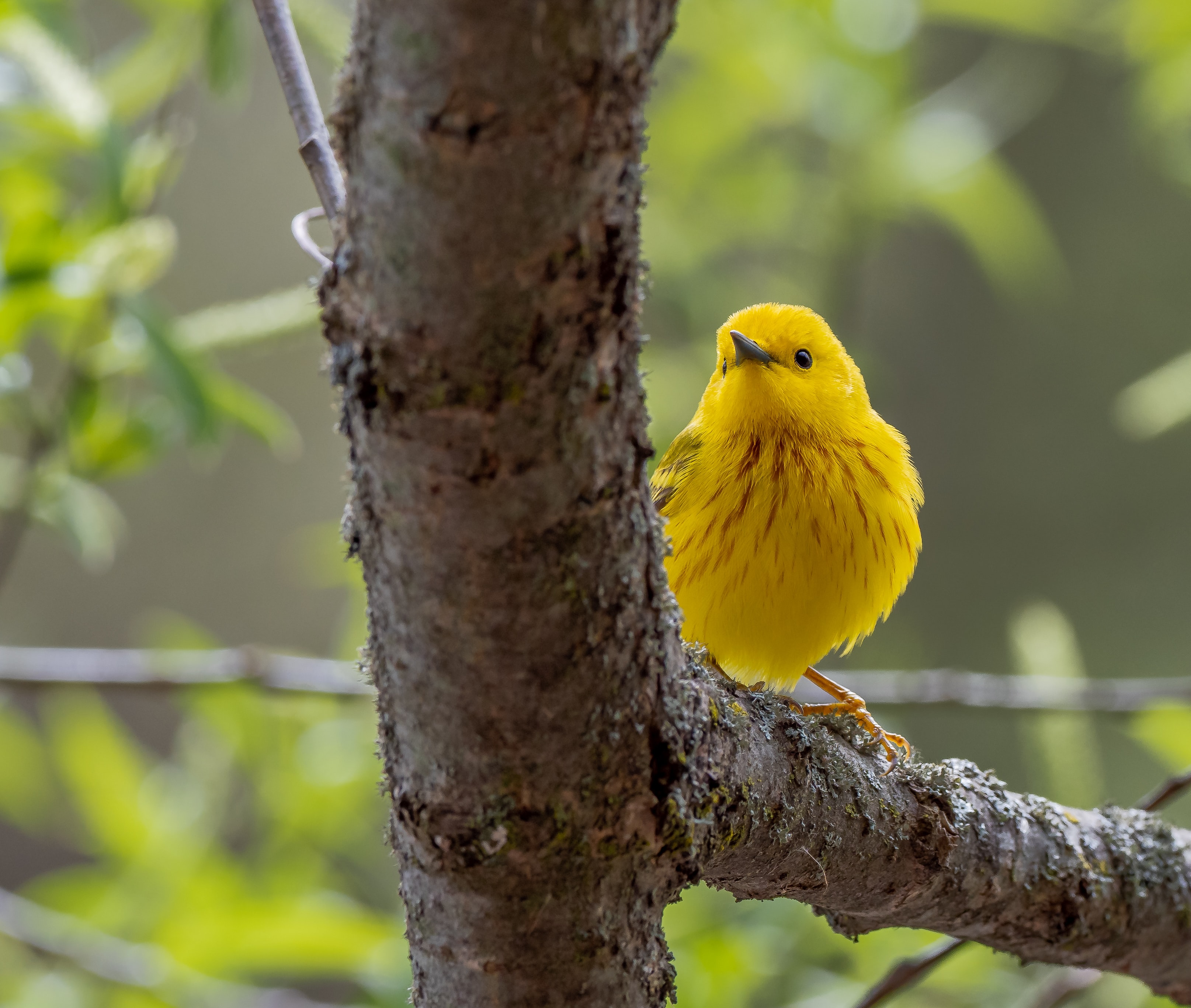 If you’re out and about in a MetroPark and hear a bird singing, “Sweet, sweet, sweet, sweeter than sweet!” then you have just heard the song of the Yellow Warbler! This song is used by males to defend their nesting territory.

Create your own nest craft inspired by the Yellow Warbler, whose real nests are composed of grasses, bark, and other plants, and lined with plant down, feathers, or animal fur, Yellow Warbler Nest Craft.