Let’s continue with our Nature Patterns.

Have you seen any interesting "crack" patterns while exploring park sites with MetroParks of Butler County lately? Cracks are linear openings that form to relieve stress. You can tell whether the material is elastic or non-elastic by the pattern the cracks make. Elastic material creates cracks with 120 degree joints. Think of it as a 3-way joint. An example of this pattern is shrinking mud.

The cracks found in a hackberry tree bark form to relieve stress while it is growing. However, because it is tough fibrous material these cracks don't grow the entire length of the trunk or branch. Their growth is interrupted by bundles of strong elastic fibers. Since each species of tree has its own structure at the levels of cell and molecules, each has its own pattern of splitting or "cracking" in its bark. 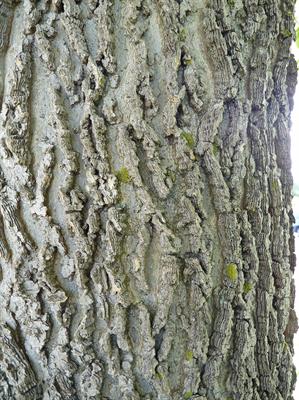 Have you noticed any spots or stripes on animals in the parks? These patterns don't happen by accident in nature. They are an important adaptation by increasing the survival rate of the patterned animal's offspring. Why does a baby White-tailed deer have spots? This pattern, which we call camouflage, helps the fawn blend in with it's environment and hide from potential predators. 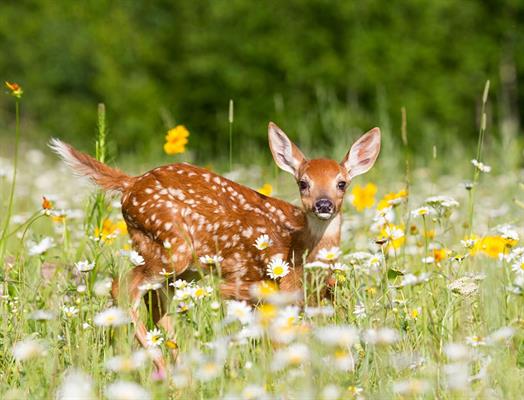 Another example of a "spot" pattern is called signaling.
A ladybird beetle, commonly known as a ladybug is less likely to be attacked by birds since it has bold warning colors and spots on it. Along with spots, these beetles are distasteful and bitter. A young bird may eat it but it will only do this once, so all other ladybird beetles in the area will remain undisturbed. Young animals stripes and spots develop when the chemical signal called morphogen is not evenly distributed during cell growth. When it is evenly distributed, even pigmentation occurs. Go find a ladybug and count the spots without disturbing the insect. 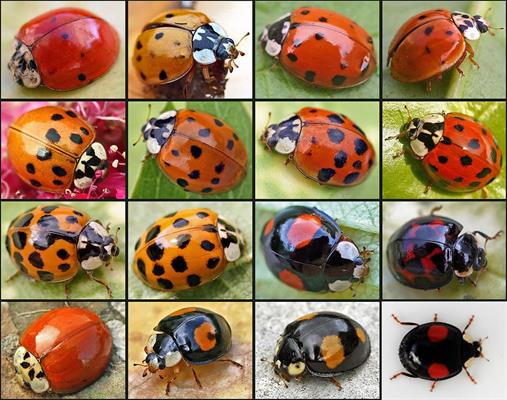