I am no weed! Pale jewelweed, Impatiens pallida has a great injustice done to it by having "weed" in it's name. Another name is pale touch-me-not, which still doesn't sound very appealing. This is one of our most beautiful annual, yellow colored flowering plants in the moist and wet soils at MetroParks of Butler County park sites. It’s cousin, Impatiens capensis, the orange flowered plant called common jewelweed or spotted jewelweed is even more numerous. Once we are able to overlook the unfortunate naming of this flower we can start to appreciate it’s value to the natural world.

Cool facts about jewelweeds: if insects such as bees or humminbirds can't cross-pollinate this flower, no worries. Jewelweeds grow very small flowers at the base of their leaves which never open, called cleistogamous. They fertilize themselves and can produce seed without being pollinated.

There's nothing ordinary about the way these annual flowers ensure their seeds get around either. When a mature seed capsule is touched, it will burst open and the seeds are projected in all directions, up to 6 feet away. Many of us can't resist helping this process along by gently touching the seed pods and jumping back as the seeds disperse.

Another fascinating thing about jewelweed is it medicinal value. Jewelweed sap can help neutralize the urushiol oil from poison ivy to stop the itching for some people.

Back to it's name...why is it called called jewelweed? Most popular story is because its leaves sparkle when held under water. Little gem-like air bubbles adhere to the leaves when they are submerged.

Besides being food for insects and birds, pleasing to the eye and having medicinal value, jewelweeds can successfully compete against the non-native aggressive garlic mustard plant! Not bad for a misnamed "weed".

If a jewelweed seed can be propelled 6 feet away from its capsule, do you know how far that would be compared to a human jumping? 2 miles! How far can you jump? 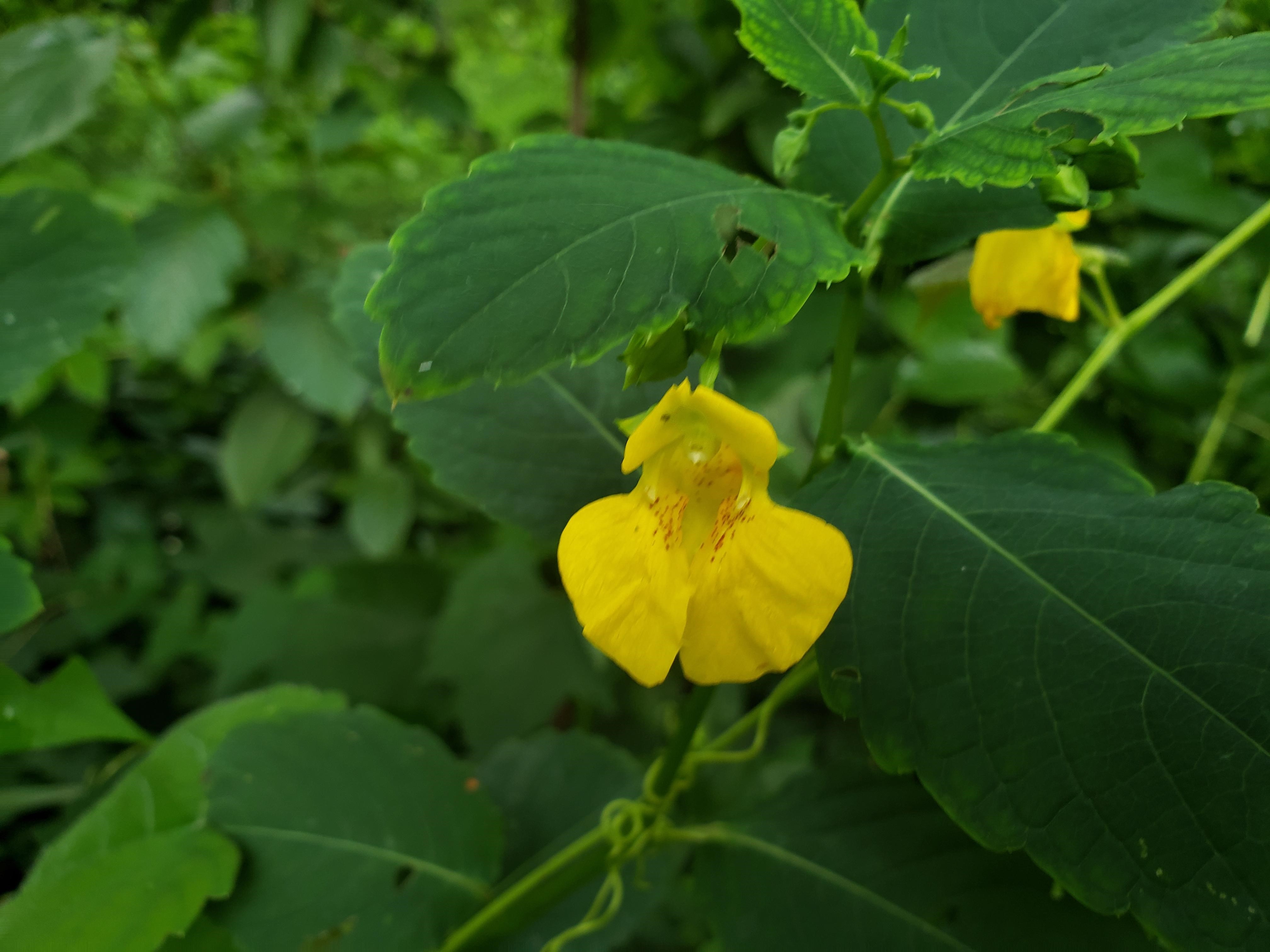