During a rainy week like this one, is there a more fitting device to use than an umbrella? Not likely!

Did you know that there’s a native wildflower whose leaves are shaped like an umbrella? This plant, called the Mayapple, has a hidden flower underneath its umbrella-like leaves. However, only the mature plants with two leaves will produce these flowers—the single leaf Mayapples will not. These wildflowers grow best in shaded, mixed-deciduous forests, such as those that can be found in the MetroParks! 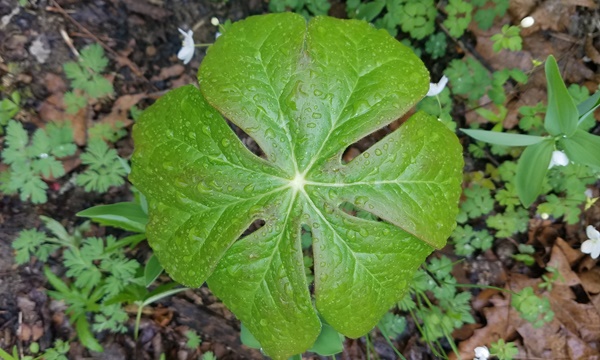 Let’s take a look at the word “Mayapple.” “May,” and “apple.” It’s named this because the buds begin to bloom around the month of May. The fruits will develop from these bee-pollinated flowers during the early summer. What common fruit do you think they resemble? If you guess an apple, you’d be correct! 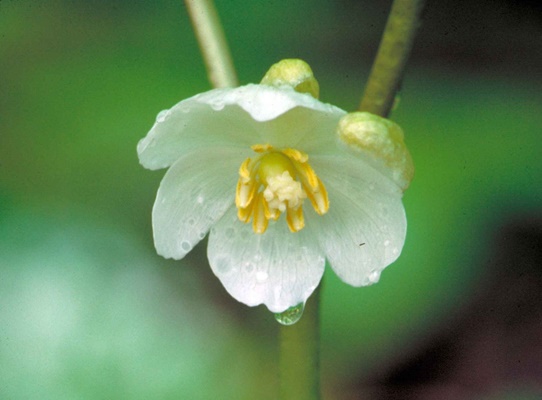 The fruits are important for wildlife—specifically for the Eastern Box Turtle. These terrestrial turtles love the fruits, and play a vital role in distributing Mayapple seeds.

The Mayapple flowers are beginning to bloom in the MetroParks. Carefully take a peek under the “umbrella” if you see one on a trail to see this special, hidden flower. 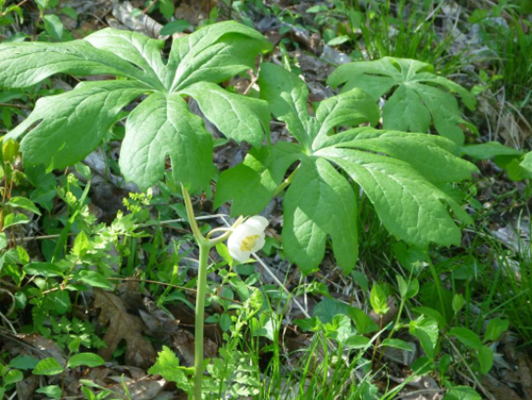