Whether you are a runner, walker, or bicyclist, The Great Miami River Trail has something for you!

The River Trail is planned to run for approximately 86 miles from the City of Piqua in northern Miami County to the City of Fairfield in southern Butler County. To date, 63 contiguous miles of trail have been completed from Piqua to Franklin. Between Franklin and the City of Fairfield there are currently two breaks in the trail. The first gap in the trail system is approximately one mile in length and is located between the communities of Middletown and Franklin. The largest and most significant area still needing to be connected is an almost seven mile stretch of trail between the southern end of Middletown and the eastern edge of Rentschler Forest MetroPark.

Currently, MetroParks manages a nine-mile section of trail between the trail entrance at 50 Oxford State Road in Lemon Township to just beyond the parking lot located at 4401 N. Verity Parkway in Middletown.

While on the trail in Butler County, there are opportunities to explore the trail's neighboring communities, take in breathtaking river vistas, enjoy natural habitats in parks, and play. Currently, Rentschler Forest MetroPark includes shelters, restrooms, drinking fountains, and playgrounds. Trail features coming to Middletown in 2017 will include a new River Center made possible by State Capital Budget dollars and will include gathering spaces, restrooms, drinking fountains, and resting spots. Until then, if you are making the trek from Trenton to the north border of the trail, pack a lunch and stop at the Bicentennial Commons located adjacent to the River Center Site.

MetroParks Board of Park Commissioners have identified trails as a board priority in order that the trail as whole can facilitate recreational opportunities, economic development potential for connected communities, sources of alternate transportation, and more!

Things to do in Great Miami River Trail Metropark 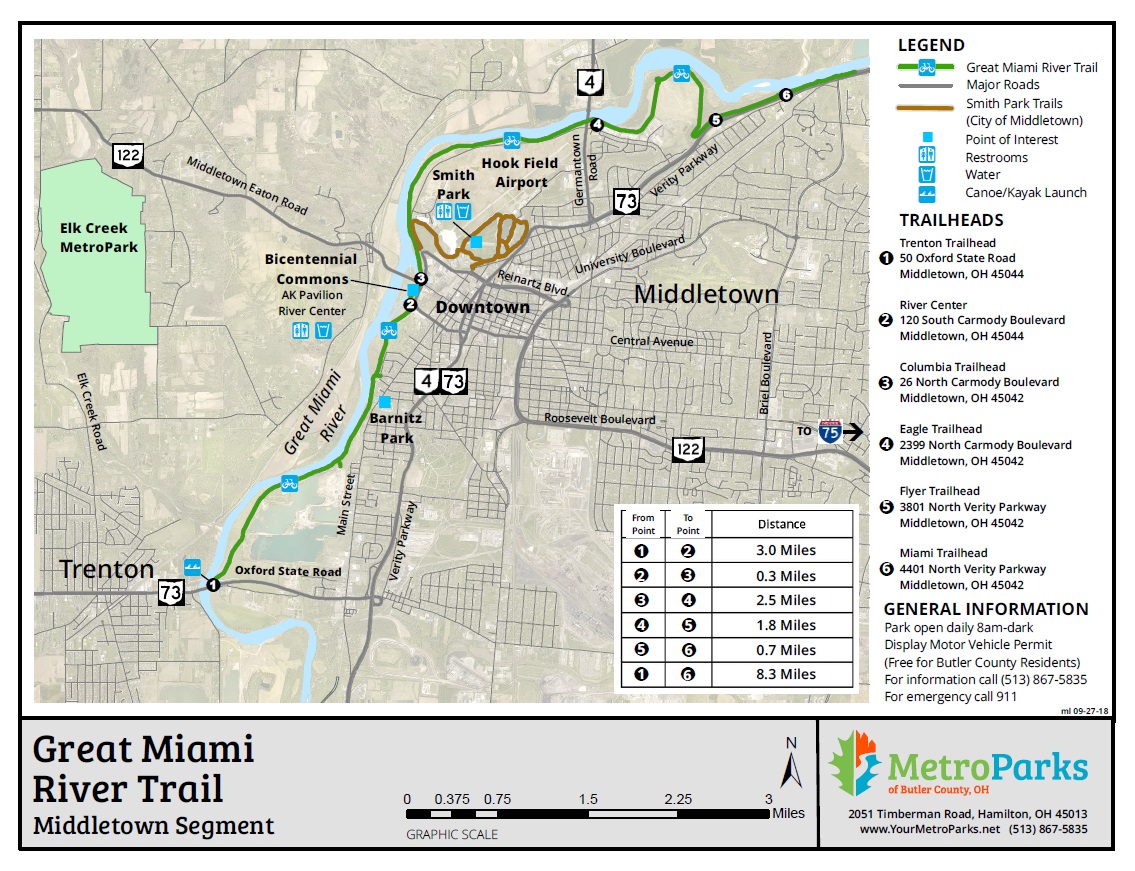